Beauty And Her Beast 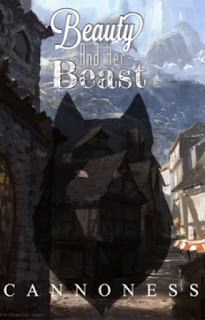 Ongoing, First published Aug 23, 2018
Lydia Anabor's life was one full of peace and adventure growing up side by side with her father. The only thing that really bugged her was the constant, repetitive dream she's had ever since the day she turned 18.

She tried to ignore it early on and act like the constant reminder of a dream she didn't understand didn't bother her, like the hours of research it caused her weren't that valuable.

She told herself to just not think about it. To just accept it as something that she wasn't going to understand.

Except the day that her dream finally changed brought her face to face with a wolf.

A wolf that brought her a day full of aggravation, confusion, and a strange feeling she couldn't quite explain.

He bit his lower lip in what looked like an attempt to stop a laugh.

"Sure. But personally we call ourselves werewolves."

"Yup, and judging by you're reaction to all of this, I take it that you're unaware of the fact that you're one as well."

"I've never even seen a wolf until today. I think I'd know if I was part wolf." I countered.

"I'd think so as well, but we can figure that out later I'm just happy that I found you."

His lips quirked up.

"Because Lydia, you and I are mates, and I've been looking for you for a very long time," he said, with a grin that showed off his ridiculously sharp canines.

My body seemed to shiver at the very word itself, despite my confusion that just seemed to keep growing.

"Mates? Like buds? Friends? Chummy chum pals?" I think my desperation for some common sense was becoming a little too evident.

His smooth chuckle filled the room.

"Not quite." Is all he said

I was surprised to see him actually reach a hand through the bars towards me.

"Come here and let me show you."