Beauty And Her Beast11 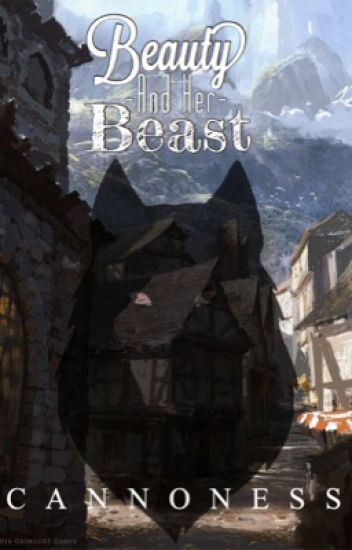 Beauty And Her Beast11

I found myself standing as soon as he did, that strange excitement finding itself within me again.

Except this time a little bit of nervousness managed to peek through.

If I was mated to these people's alpha then I couldn't imagine the expectations they may have already set.

Plus he mentioned looking for me for a long time... Did that mean that everyone else in this pack had been waiting as well?

Just for me to show up and not even be sure if this is something that I want to be a part of.

Was I overthinking this?

My thoughts must have shown themselves on my face judging by the light touch of his hand on my shoulder.

"There's no need to be nervous, I promise. These people know about your situation and want nothing more than to help you find yourself as one of us."

His touch and his soft voice worked in calming me per usual.

Although now that I knew why it was like that, it felt a bit different.

Still, when he drew back his hand and walked towards the door, I followed a step behind.

As we got closer, I began to hear the muffled chatter of a male followed by an assuring tone of a female.

Werewolves. More of them.

A whole pack of a species that I didn't even know existed until a few days ago.

I may have taken a single step closer towards Luka to reassure myself before he opened the door.

Two sets of eyes fell on me almost immediately, both being matched with smiles.

One being a softer one, while the other looked beyond excited.

The latter belonged to the girl, Eren if I remembered right, whose hair was the first thing that caught my attention.

The base color of it appeared to be a light blonde with random streaks of brown and dark grey that appeared in every way to be natural.

All of which was tied up nicely in a high ponytail with two curled tendrils of hair falling in front of her ears to frame her face.

With the limited knowledge that I had about the physical correlation between the human side and Wolf side, her's must be gorgeous.

Especially with her light green eyes mixed with those familiar flecks of gold.

I shifted my gaze over to my left towards the male, Milo.

His hair was an odd shade of grey, where if it was just a bit darker, I would easily consider it black.

Unlike Eren's, his hair was only half tied up, the part that wasn't just barely brushed his shoulder.

I quickly recognized him as the one I saw Luka walking with earlier, but was now close enough to see the eyes that were such an interesting shade of brown that they almost looked amber.

Despite Eren's smaller frame, they both looked to be well built.

A lot more well-built then the people I was used to, that's for sure.

If so then this Luna Goddess really outdid herself.

I've never felt the urge to compare myself show up so quickly, but I forced it away before it became a problem.

Instead, I straightened my back and mentally prepared myself for some small talk.

Luka, I mean this in the nicest way possible, but she's way out of your league," Eren stated.

I didn't expect myself to be catching a laugh in my throat, the man beside her not even trying to stop his.

A blush crawled up my face at the compliment, despite the fact that it was an obvious tease.

Luka was stunning as a man, that much I'd admit.

But I appreciated it nonetheless.

"Yes, Eren I have eyes as well, but thank you for reminding me," He replied casually, taking a step back as they stepped in.

I followed his action, seeing how Milo stepped towards me, extending his hand.

"So you're the one who put our Alpha in a cage?" He asked, his voice and gaze having a sharpness to them that I couldn't tell was just a natural part of him.

Either way, that topic made my nervous spike.

"I guess I am," I responded, taking his hand.

There was no spark or warmth from him that I got from Luka, but there was still something.

It was like a familiarity. A unity of sorts that told that we were the same.

Or at least that's what my brain registered it as.

The man in front of me grinned, "Fantastic. Get a picture for me next time."

I matched his amused grin, nodding as I shook his hand.

"That's cheap coming from the dude who was so worried about it when I told him," Luka chaffed from beside me.

"I got over it after hearing the context. But when you just go missing for a while and the first thing that I hear from you is that you were in a cage, it tends to spark some panic."

Luka just shrugged, "That kind of thing happened when you get tranquilized by your mate's dad."

"Oh how romantic," Eren added in.

I was relieved with how light-hearted this all seemed to be right off of the bat.

They talked to him more like a friend than a leader and called him by his name most of the time.

It made me wonder if he preferred it over the title in general.

"Anyway," Milo turned his attention back to me, "As I'm sure he's told you, I'm Milo, the packs beta and the one who keeps track of your mate there. I've heard about your situation, and the relationship between our two halves is something that I've studied a lot in my past, so if you need any answers that he can't give you, I'll be happy to answer whatever I can."

Oh, I think I was gonna like this guy.

"I will definitely take you up on that," I responded, setting my hands at my sides.

His smile was as genuine as his next words, "I'll look forward to it."

Nearly the second he finished speaking, Eren stepped up beside him.

"I'm Eren, and since these dudes are crazy busy most days, I'll be happy to keep you company and try my best to help you out."

I think it was at this moment that I realized that I really wasn't used to people being... well, this kind and welcoming.

I guess the fact that I was mated to their alpha probably had something to do with it, but still, their offers and intentions looked to be authentic.

"I also have tons of embarrassing stories from when Luka and I were kids that I'd be happy to share." She spoke a bit quieter and finished with a wink.

My eyes widened but I'd be lying if I said that didn't seem tempting.

I did want to know more about him and I guess that was one way.

"Very, very tempting," I said, turning to look at Luka who didn't seem bothered in the slightest.

"She always told me she was gonna embarrass me in front of my mate. I came to terms with it a while ago," He spoke nonchalantly.

I hadn't even realized that I had become super relaxed throughout this conversation.

I was never good at introductions or first impressions but this felt so fluid and natural.

Something I wasn't really used to.

"I was getting worried that she wouldn't show up," Eren admitted.

Luka brushed that off as well.

"I knew she was out there, I just had to look harder."

"You talk about it like it wasn't completely worth it." He countered.

A felt that odd heat in my chest, despite the fact that we weren't touching.

"True, but now you're a couple days behind on overseeing and training that you gotta make up for soon," Milo explained.

Luka rolled out his shoulders with a long exhale, cracking his neck as he stepped back towards the door.

Was it weird that I kind of wanted to watch what he did?

I'm sure I'll get the chance soon, but I definitely wanted to explore the pack today.

"Let's get on it then," He began, "We'll be back in a couple hours. I assume you too will be out until then."

I nodded after Eren did.

"I'll take care of her, Alpha. Don't worry," she assured, annunciating his tittle.

I could tell that Luka trusted her.

Judging by their long lives and the fact they grew up together I couldn't blame him.

"Meet me back at the house for lunch?" Milo asked her, setting a hand softly on her waist to turn her towards him.

"I can make you that stew you like so much before our potatoes go bad," she replied softly.