A novel behind my heart, the fifth and final chapter

A novel behind my heart, the fifth and final chapter 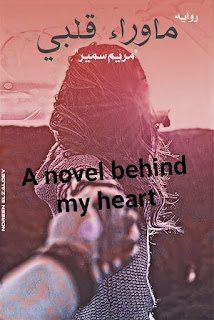 _ Which owner do you think that I do not know!  That's me Samah

Suddenly Ahmed took out the gun

_No one gets hit or shot, and they go out and secure the place

They went out to secure the villa

_ Here we were saying yes, you want me to surrender myself ah

= This is the best for you

_Oh, you know, are you standing for me?

Raising an eyebrow = You don't believe I'm an officer!

_Who said that, you are the most beautiful officer I have seen

= You can surrender yourself and I will help you, believe me

_ Moe, you need someone to help you right now

I wore an all-black set and took my pistol, mask, and bag. I swear to God, if I went on a trip, I wouldn't do that, and I went to the department.

_I hope you regret it, we need to move now

= We must take permission, and the whole place has guards. We must think

= What do you bring the officer, we are from my nation mixing feelings at work, you wear a suit and put your personal life on a hanger, Ahmed we will not leave him like this because he is one of the most efficient officers here, but we must take permission to move

_I just won't leave it

= I forbid you, you are putting yourself in big trouble in your work

_ The work will go away, they will die. I am working at the time. I am sorry, I will regret it. I will not know, and my resignation will remain with you when I return.

I went out crying, is it possible that I loved him so much that I would really leave my job for him, to the point that I would risk my life for him, that for the first time I chose someone who was not my job, my job until I was staying up late for it, for my grades!

I went from the back side in order to secure all the villa from the front side, and those who were standing here were in front with the rest, he entered through the door to the back to the kitchen and I put on the mask and secured my bag

Meet me, a man, no de gorilla, together, by God

_ Ahhhhh, will you extend your hand on one women? Are you suspicious?

No, we get into the grandfather. I still hit him with the trays that were in the kitchen. I swear to God, you liked the action, but I like a lot of jokes.

I entered withdrawn and went to the basement, and the goal was like a wailing, wretched, wretched dog

= Does it work for Layla?

I looked behind and found the girl to Samah, and she told her to come with him

_I can't go to your mother

= You are the one who remains sweet

_ I know the moon to pass out, I am his wife honey

= God, a love story that means and I think that it will be a happy end

She came close to me and started hitting me while I was being hit. Yes, in which horn did you bleed?

Suddenly the device came out to me in the bag, and her mother electrocuted us, and we roared, and she fell in front of me.

_Is I awake you from sleep?

_Oh, get up with me folks

= You are the one who brought you here

I took off the mask and his word

= It doesn't work, it can kill you

_Is it we die together

= Mary, can you walk quickly now, before you come?

_I will not leave you, come with me

I supported him and went down the stairs, by God, if my family’s house would not do this, i.e. Al-Asham came to me and took me, and suddenly I found her coming from behind and Ahmed holding his hand and pointing the gun towards his head

_ you will be calm for a while

I should listen to your words!

= Hey, you will listen, or you will see your Lord now

The gun came out of the bag

_ Mary, do you not see it or anything?  To her da pistol

The life of the gun

_ I say take it down

She cried and cried and winked, she was very surprised, but this is a movement we used to do at work at the time of the shooting practice.

At that time, Ahmed wrapped and held the pistol, and a shot came out of it, and it came in my shoulder and I shot in her leg

Ahmed tore it up and ran to me after hearing the voice of the police, the cars and the policemen entered

I got up while I was on a hospital bed while he was a jumper and holding my hand, which is the best performance.

= Mary, thank God for your safety

_God bless you, all done?

_I'm asking about your health!!  I say on the case

= Her name was promoted

= I swear by God, it means that it is beneficial for my wife to remain higher than me

= I swear to God, the sheriff has blessed you, I did not tell you the most daring one I have ever seen

= I was so afraid of you

_I was also more afraid of you

= May God keep you for me, but I want to ask a question. You scared me that I would be killed, for example

_ because we prefer to suffocate with each other 💛