Beauty And Her Beast5 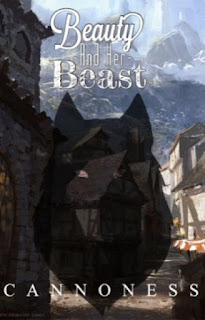 Beauty And Her Beast5

I thought this over.

I already planned on somehow getting her back to my pack.

With that man she was speaking with leaving for a while, I hoped there wouldn't be a problem with getting her to come with me.

She felt the pull from our bond, so I'm hoping she wouldn't mind a surprise game of chase.

All I needed her to do was give in to the chase itself.

In fact I already had a plan.

"So, bring her to the pack, and her wolf half will begin to show? Easy enough. Do you know how long it'll take?"

"I don't. I've only heard of such encounters, but never actually seen it. Although I'm assuming that as her mate, you can do an awful lot in speeding up the process."

I could think of a number of things right off the bat that would probably help, but none of which I can imagine she'd let me do immediately.

If just touching her caused her to shy away.

I knew I'd have to restrain both halves of me until she got comfortable.

I'm hoping my wolf got the idea too because neither of us wanted her to pull away from us again.

"Of course Alpha. Do you know when you'll be back?"

I thought for a moment, relaying my plan in my mind."

"Tomorrow morning at the latest."

"Copy that. I'll head back and relay the message. I'm sure the pack will be thrilled to hear that you found her."

I'm sure they will, but I needed to make sure that they didn't put too much pressure on her right away.

They've been waiting for an alpha female for 42 years.

My head turned up as I heard her footsteps approaching, followed by the door upstairs opening.

She was coming back.

I promptly stood, immediately attempting to calm myself despite the involuntary racing of my heart.

I took a couple steps closer to the bars, waiting to meet her as she descended.

A smile took over my face as she did, that warm sensation rising in my chest again once she let herself meet my eye.

Which she did for only a moment, her body language just barely showing that she was feeling what I was feeling.

I was about to greet her, but she held out something before I could, making sure that she was still an arms distance away from me.

"Trousers. Put them on." She stated, the pink I spotted across her nose betraying her stern command.

I bit the corner of my lip to stop myself from reacting.

I reached through the bars, taking the tan pair of trousers before fulfilling her wish.

How it managed to fit moderately well was beyond me. A little short, but it worked I guess.

"I hope you know nudity isn't a norm amongst werewolves," I explained, "You just happened to catch me at a time where I had none nearby."

That color on her face deepened, but she let it fade before she looked at me again, her arms now folded.

"I um..," She began again, that same nervousness from last night showing in her voice, "Yesterday wasn't a dream."

It seemed like she was having some sort of internal dilemma.

I just nodded, deciding to just let her talk.

At least she was feeling comfortable enough to do that.

Or maybe it was our bond taking effect.

"So, if it wasn't," She paused for a moment, swallowing hard, "And what you said is real then... What does that mean for me?"

Her eyes were wide with uncertainty, the tips of her fingers digging into her biceps.

This was my chance, and I really didn't want to mess this up and freak her out again.

I nodded over to the chair that sat on her side of the room, as I prepared my next words to come out as calm as possible.

"Sit down and get comfortable. I'll answer every question you have."

I could feel his gaze on me as I walked towards the chair.

That tingling feeling wasn't as bad as it used to be ever since I touched him, but it was still there.

Instead, it just felt like a slight bit warmth when I first touched him grew ever so slightly when he was looking at me, and more so whenever we made eye contact.

A warmth that I didn't quite want to admit to myself that I enjoyed.

This was all too weird for me to come to terms with that.

Regardless, I pulled the chair forward a couple feet before I sat, preparing myself to meet his gaze again.

I  placed the chair in a spot that made sure I was at least an arms distance away from him.

I was actually surprised to see him so willing to answer my questions.

Actually, I was more surprised by the fact that he offered to before I had to ask him to.

I guess I just wasn't used to guys being... cooperative.

In all honesty, I was fully prepared for having to beg for some sort of answers.

Ever since our little talk last night, my brain couldn't stop coming up with questions, and because of that, I didn't get much sleep.

Thus deciding that this wasn't a dream and I was going to have to actually deal with this.

He leaned back against the sidewall, arms casually crossed and a white brow rose, ready to hear what I was going to ask.

I bit the inside of my lip, now thinking I should have gotten him a shirt as well.

God, I really didn't know how to even approach this.

I had to come to terms that they existed in general last night. I couldn't really even try to deny the fact itself.

I brought a wolf into this place, and now there was a man.

On top of that, he claimed very confidently that I was one as well.

"How does that whole thing work? I mean, how would one become one?"

He didn't even need time to think before he answered me.

"Its hereditary, just how any other living creature comes to be. We've been around for countless centuries, but the beginning of our species history got lost somewhere along the line."

"If it's hereditary, then how could I possibly be one? I've never heard of any of this until now."

I feel like Father would have mentioned that I descended from literal wolves at some point in my life.

"Do your parents live in this village too? Any siblings?"

I felt myself slouch a bit.

"The only family I have is my dad, and he just left on a trip." I spoke, my voice being softer than before.

Luka's eyebrown pinched together in confusion, taking a step closer to the bars.

"That man you were with?"